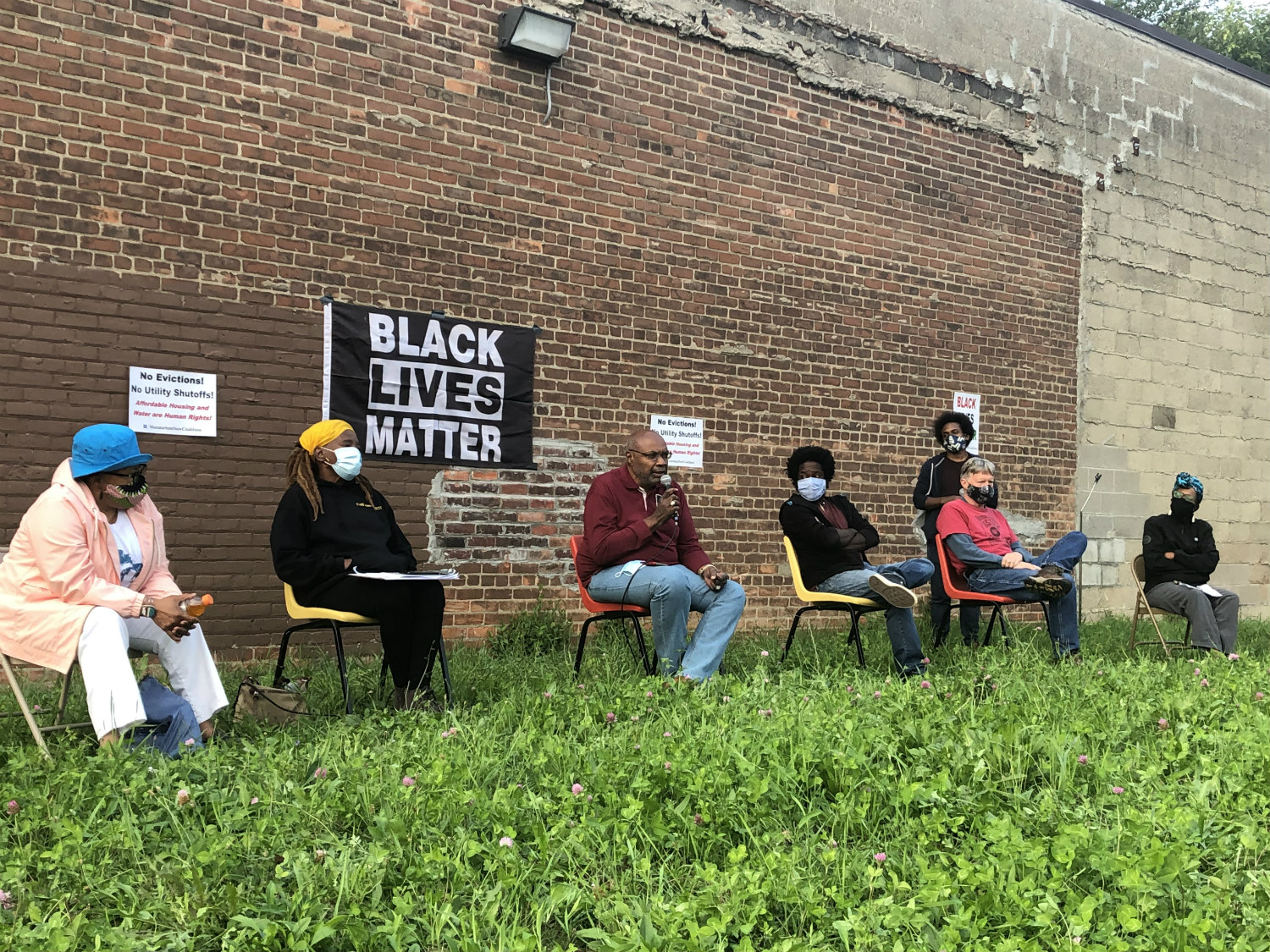 The ongoing Movement for Black Lives has shown itself to be active in several ways beyond direct action. One of those ways has been the need for accessible and community wide political education.

Generational knowledge played an integral part during the evening as young activists tapped into past experiences of elders.  Community activists like Monica Lewis-Patrick, co-founder of We The People of Detroit, connected the struggle of water rights to housing rights, the theme of the evening. As was mentioned several times throughout the discussion, excessively high water bills go hand in hand with bloated tax bills.  Many panelists offered historical context which connected recent loss of housing through and water shutoffs throughout the city, dating back to state-mandated emergency management in 2013 and faulty mortgages courtesy of Quicken Loans and other mortgage lenders. These factors ultimately led to illegal foreclosures (65,000 in five years), unstable living conditions, excessive blight, and a wave of municipal shutoffs in a state that sits on 23% of the world’s fresh water.

Housing activists also highlighted the significance of Black women in the city as frontline advocates as well as being disproportionately burdened by predatory subprime lending and illegal overtaxing ($600 million to date). Monica Lewis-Patrick continued to uplift the vital role of black matriarchy in Detroit as one which exists well beyond victimhood or advocacy, saying, “As a Black woman, I am the mother of all civilization, so I can’t wait on someone to decide that me and my children deserve the right to housing, water, civic engagement, and the ability just to breathe. I, through my moral existence, have already deputized myself to say that my children will breathe but my children’s children will drink and will breathe.“