Folks from Flint, Highland Park, and Detroit arrived in Benton Harbor on July 10, 2021, to support because we know what the Benton Harbor community is going through all too well. We have been fighting for clean affordable water for years. We all gathered with the community to talk about lead in the water and what must be done about it.

Fifteen parts per billion is the level of lead in water that’s considered the “action level” by the Environmental Protection Agency. It’s the point at which steps need to be taken, even though they recognize no amount of lead in the water is safe for humans and animals. Shockingly, ninety percent of lead tests in Benton Harbor since October 2018 have fallen at or slightly below 21 parts per billion. An emergency appeal filed on September 9th to the EPA states that lead levels have consistently tested well above the federal action limit, with recordings as high in some samples as 889 parts per billion. That is almost 60 times the action limit.

It has been three years since Benton Harbor found out they had elevated lead in their water. It is likely that they have been using and paying for poisoned water for years. The city has said that it will take 20 years to replace the pipes. 20 years is Absolutely Unacceptable! As a band-aid, the city has provided filters for the community’s kitchen faucets. The residents struggle because they don’t know how to properly install them or use them. Many of the filters are not even certified to filter out lead and other heavy particulates. Elin Betanzo from Safe Water Engineering and The People’s Water Board talked with residents at the community gathering and showed them what water filters work and how to install them on their sinks.

Residents say they have been notified by the city that their water bills would be going up 11% in the coming months. One gentleman stood up at the community gathering and asked angrily “Why do we have to pay for water that is killing us?!”

One resident said at the meeting that Benton Harbor had sent out a boil water alert. We learned from Flint that boiling the water only concentrates the lead and that people end up breathing it in. Benton Harbor telling their residents to boil their water is a complete lack of understanding of the life and death situation the residents face every day. 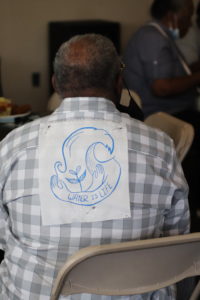 “Let the truth be told! The city of Benton Harbor is in a real crisis. It has been in a crisis for the last 3 years. We have exceedingly high lead levels and it seems like nobody really cares. The mayor of Benton Harbor, Marcus Muhammad does not have a clue. Governor Whitmer has refused to provide bottled water stations in communities. The city has provided water filters without education on how to use them. The community is being poisoned by this water. We must hold Governor Whitmer accountable for her words, her actions, and her inaction. We must drow the line in the sand and say no more. Our children’s future depends on it.”  Reverend Ed Pinkney

The state of Michigan must set up water stations in communities so they have access to drinking water. Nobody should be bathing, drinking, or cooking with water that has lead in it.

On September 9, 2021, National Resources Defense Council (NRDC), The People’s Water Board Coalition, and others filed an emergency appeal to the United States Environmental Protection Agency stating that “For at least the past three years, Benton Harbor residents have been subjected to levels of lead contamination from their public water system that presents an imminent and substantial endangerment to their health. Levels of lead contamination have significantly exceeded the lead action level set by the EPA’s lead and copper rule continually since at least the fall of 2018.” 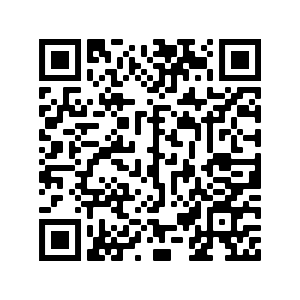