This past August, when many Detroiters who had worked long and hard to help revise the City Charter learned that the passage of Proposal P had failed, they took to social media to voice their feelings, and offer ideas for the future. This article comes from a facebook post uploaded by environmental justice activist Justin Onwenu on the day after the vote.

Being a progressive in Michigan can be uhhhhhh tiring so here are some very long and very random thoughts. To be clear, these are reflections that I’ve had with myself and friends in progressive spaces for years so don’t read this as despair or an election post mortem. 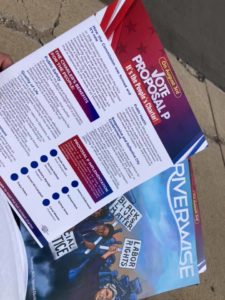 Again, this is not a despair or giving-up post. There are progressive lawmakers who are doing amazing work, there are grassroots organizations who continue to build deeply rooted relationships across the state, there are grassroots leaders who continue to make miracles happen year after year, and there are amazing candidates in Detroit and throughout MI who just advanced to the general election. I feel hopeful overall but these things have been on my mind for some time. Thoughts?

Justin holds a BA in International Health and Policy from Rice University and  is a Columbia Law Class of 2024 student from Detroit Michigan. In 2020 he served as a White House Intern for the Council on Environmental Quality. Appointed by Michigan Governor Gretchen Whitmer, he currently serves as the youngest member of the Michigan Advisory Council on Environmental Justice and Black Leadership Advisory Council. In 2020, he served as a Democratic National Committee Convention Delegate and was appointed to the DNC’s Environment and Climate Crisis Council.