JOIN THE MOVEMENT ON JUNE 20TH 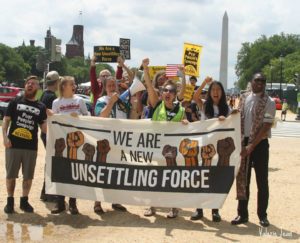 The Mass Poor People’s Assembly and Moral March on Washington is a 2.5 hour program that will be broadcast on Saturday, June 20th at 10am and 6pm EST, and again on Sunday June 21st at 6pm EST, at June2020.org.

The Poor People’s Campaign is a movement of tens of thousands of people across the country who are organizing to end the interlocking injustices of systemic racism, poverty, militarism,
and the war economy, ecological devastation, and the distorted moral narrative of religious nationalism.