Uprooting Legacy of Racism in Dearborn 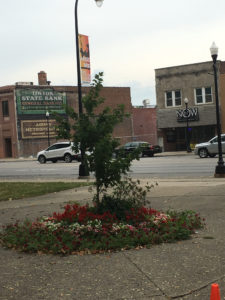 Dearborn is often thought of as a community unwelcoming to African Americans. The legacy of Mayor Orville Hubbard lingers. Hubbard was elected mayor 15 times beginning in 1942. His term ended in 1978 while he was still a popular figure. He was an open racist who pushed the slogan “Keep Dearborn Clean,” a code for keep Dearborn white. His efforts shaped every facet of life in the city. One of his initiatives was the use of park ordinances to restrict the use of public parks to city residents. The park ordinances were specifically made for African Americans to prevent us from visiting any neighborhood, community or mini park in the city of Dearborn.

Throughout the Hubbard years Dearborn businesses projected open hatred, disrespect, and inhumane treatment of African Americans. Dearborn and Hubbard’s initiatives were frequently challenged by the NAACP and other community organizations. Boycotts, lawsuits, demonstrations, and open letters were frequent responses. Dearborn’s police were known to be racist and hostile. African Americans remember a lot of this history, pain, and resistance that happened under Mayor Hubbard’s leadership of Dearborn.

Over the last three to four years Dearborn’s racist past is transforming. After 62 years of being legally kept out of public parks, African Americans are now enjoying public spaces, running festivals, dancing, and relaxing in Downtown Dearborn City Hall Park. Living as an African American in Dearborn, MI has afforded me many opportunities to see where race uplifts and where it divides. I have also seen how art enables us to find new ways of being who we are as individuals and together.

In 2017, I took an unorthodox approach in planting a seed to begin racial reconciliation and healing. I targeted City Hall Park. My seed of hope was to invigorate the process with a community beautification project at the former location of Mayor Hubbard’s statue.

(The statue was put into storage in 2015 as part of the effort of communities to remove public symbols of racism).

It took some time through neighborhood meetings and one-on-one sessions to get one of Dearborn’s city departments to sponsor a project aimed at uprooting Hubbard’s legacy. Just to get simple commitments for supplies, I had to have conversations with Artspace’s asset manager, resident artists housed in City Hall Artspace Lofts, one city official and a young woman running for a city council seat.  Both city officials and the candidate for city council had experienced former Mayor Hubbard’s methods of race relations and control of “Keeping Dearborn Clean.” However, each one was genuinely open to supporting my beautification project.

It’s rare and unknown, to a certain degree, that several residents have expressed their desire to move past Dearborn’s racist history of hate and discrimination. With that being said, I made it one of my missions to create a safe space event to begin the healing process. We had several members from the new City Hall Artspace Community participate. Members of First Presbyterian Church, current and hopeful city officials, and City of Dearborn Television also joined us. The city even brought pizza. We were given containers of flowers, mulch, soil, and green ceramic pots to use. Now you can ride past the former city hall and see the green ceramic pots placed in front.

I was blessed with an opportunity to specifically work with caring people in my community to plant beautiful flowers and a tree right where Hubbard’s statue resided for many decades. Now when anyone passes this spot that once held the statue of a racist mayor, the story will be told that an African American donated and planted this very tree to heal a legacy of hatred and bigotry. We are bringing new meaning to the phrase, “Keep Dearborn Clean.” It’s difficult at times to unpack the many ways former Mayor Hubbard’s actions, beliefs and legacies continue in Dearborn. Racism continues even though I see the transformative efforts of Dearborn’s leadership to provide diverse, positive opportunities to African Americans that reside in or visit Dearborn.

In talking to African Americans I still hear the slight hesitation and uncertainty of what each will experience walking, driving or attending an event, restaurant or retail shopping experience.  Unless it’s Jazz on the Ave, really the only time when thousands of African Americans visit Dearborn’s City Hall Park.

If we as African Americans and European Americans are to truly heal and end discrimination, prejudice, bigotry, and hatred, it is important to show up in our bigger community. We must all work together and this includes the estimated 1.3% (1,248) of African Americans, 3% (2,931) Mexican Americans, 0.3% (293) of American Indians, 0.5% (494) Indian Americans and Middle Eastern Americans that populate East Downtown Dearborn. Operating in silos or little pockets will prolong our overall advancement for transforming humanity to truly experience liberty, justice and freedom for all.

Now is the time to act by saying “Hello” to each other; setting aside time to volunteer at each other’s community events; and showing support by patronizing each other’s businesses and co-creating with Dearborn’s emerging leadership in transforming mindsets by working together for the common good.

Denguhlanga Julia Kapilango is a published author of nine books. She has appeared in numerous publications, including the Detroit News, New York Times, Detroit Free Press and has appeared on WJLB. Her writings have also been published in the Michigan Chronicle and McCormick Theological Seminary. Kapilango’s lectures have addressed affirmative action, transformation, African American History, co- creation, and racial reconciliation. Her multimedia projects include Michigan Humanities Council Heritage Tracking Advancement Project and CW50’s For My People to name a few. Kapilango holds a dual MBA and is currently working on her doctorate. She is a champion for transformative community building.