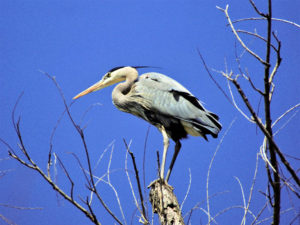 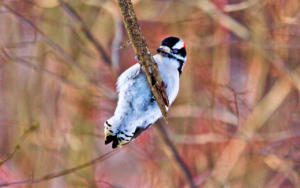 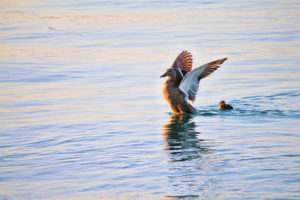 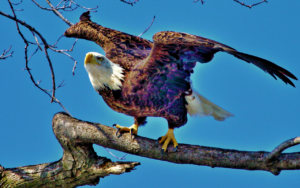 Every spring, access to Belle Isle is shut down. The most popular end of the island is closed to Detroiters for almost nine weeks in preparation for the Detroit Grand Prix. Roads are blocked and picnic grounds are inaccessible. Barricades, fencing and huge corporate advertisements turn the area into a solely corporate domain, walled off from the public. Family reunions, weddings, and all the other customary park activities take a backseat to Grand Prix-related events.

After the race, acres of grass, trampled by race parking, must be repaired or replaced. Concrete barriers are stored on the island year-round just off the bridge terminus. The complete tear-down of the race takes another three weeks. The serene character of the island is physically altered for much of Detroit’s short warm-weather season. It’s doubtful that many of the race attendees visit the park the rest of the year.

The total ecological impact on the park habitat is incalculable. Citizen and environmental groups have asked the DNR (Michigan Department of Natural Resources) to authorize an independent third-party environmental assessment of the Grand Prix. Thus far, the DNR has refused to do so. The DNR has also not assessed the economic and health benefits of keeping Belle Isle as a natural resource year-round. Citing economic impact studies by a sports industry firm hired by Detroit Grand Prix’s Roger Penske, the state continues to approve a new racing contract despite surveys that show park users overwhelmingly oppose the Grand Prix on the island.

The Grand Prix and the state’s takeover of Belle Isle have been marketed by corporate interests as a rescue. In 2013, the appointed emergency manager leased Belle Isle—the most important public space in Detroit—to the State of Michigan for thirty years over the unanimous objection of the city’s elected council.
After years when the cash-strapped city government didn’t have the resources or the will for upkeep, the DNR says state, federal, and private funds have invested a total of $56.5 millions into the park. This support could have been offered by the state at any time, but was withheld until the state took over control of the island.

Belle Isle has always been an open and free refuge for Detroiters. Now visitors have to pay an annual park fee, and it’s closed daily from 10 p.m. to 5 a.m. State police patrol the island issuing violations for minor offenses, making some Detroiters feel unwelcome in a place that had always been their refuge.
The DNR says 36 percent of registered drivers with a Detroit address purchased a recreation passport in 2018, allowing them to visit state parks, but it has no records of additional entrance fee purchases made at the island’s entrance booth.
Most of the state’s improvements to Belle Isle are welcome, though it seems the DNR is starting to overdevelop the park. Penske has fixed up the casino for his race headquarters and shored up the Scott Fountain (after his workers first damaged it). But he turned a memorial grove for slain children into an ugly nine-acre concrete paddock. And the state spent more than $4 million paving and widening his private racetrack.
Supporters of the Grand Prix often claim that Roger Penske “saved Belle Isle” and that it was a “shithole” before he and the state took over. Those remarks reflect the thinly veiled racism that has surrounded the state takeover of critical elements of Detroit life.

The race could be held in many other more appropriate locations. Detroit has no shortage of vacant land. Yet state leaders, hostile to the City, sacrifice a beautiful park to a private corporation every spring. And now there is a new threat: the Auto Show, which is moving to June in 2020. Organizers are considering test drives and other possible activities on Belle Isle to follow the Grand Prix each year. Those would add to the exploitation and privatization of this unique sanctuary.
Only in the Motor City, it seems, could stewardship organizations and civic leaders endorse a car race taking over its most renowned public park for nearly half of its short warm-weather season. Citizens need to regain year-round access to the whole park. 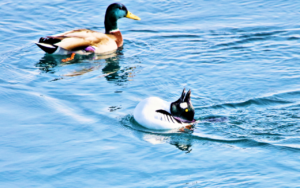 Belle Isle Concern is a grass-roots group that has fought against Penske and the DNR for several years to get the race moved off the island. This spring, we will again be protesting against this misuse of the island. Join us for a picnic on Belle Isle May 11 and a protest along Jefferson Avenue at the entrance to the park on May 25. See our Facebook page, Belle Isle—Park Not Racetrack, or our website belleisleconcern.com, for more information on how you can help us TAKE BACK BELLE ISLE.

Michael Betzold rides his recumbent bike most mornings from his east-side Detroit apartment to Belle Isle. He’s a veteran journalist whose activism has included the nuclear freeze campaign of the 1980s, efforts to save Tiger Stadium, and work for the newspaper strike paper the Detroit Sunday Journal. He’s written several books, including Appointment with Doctor Death.